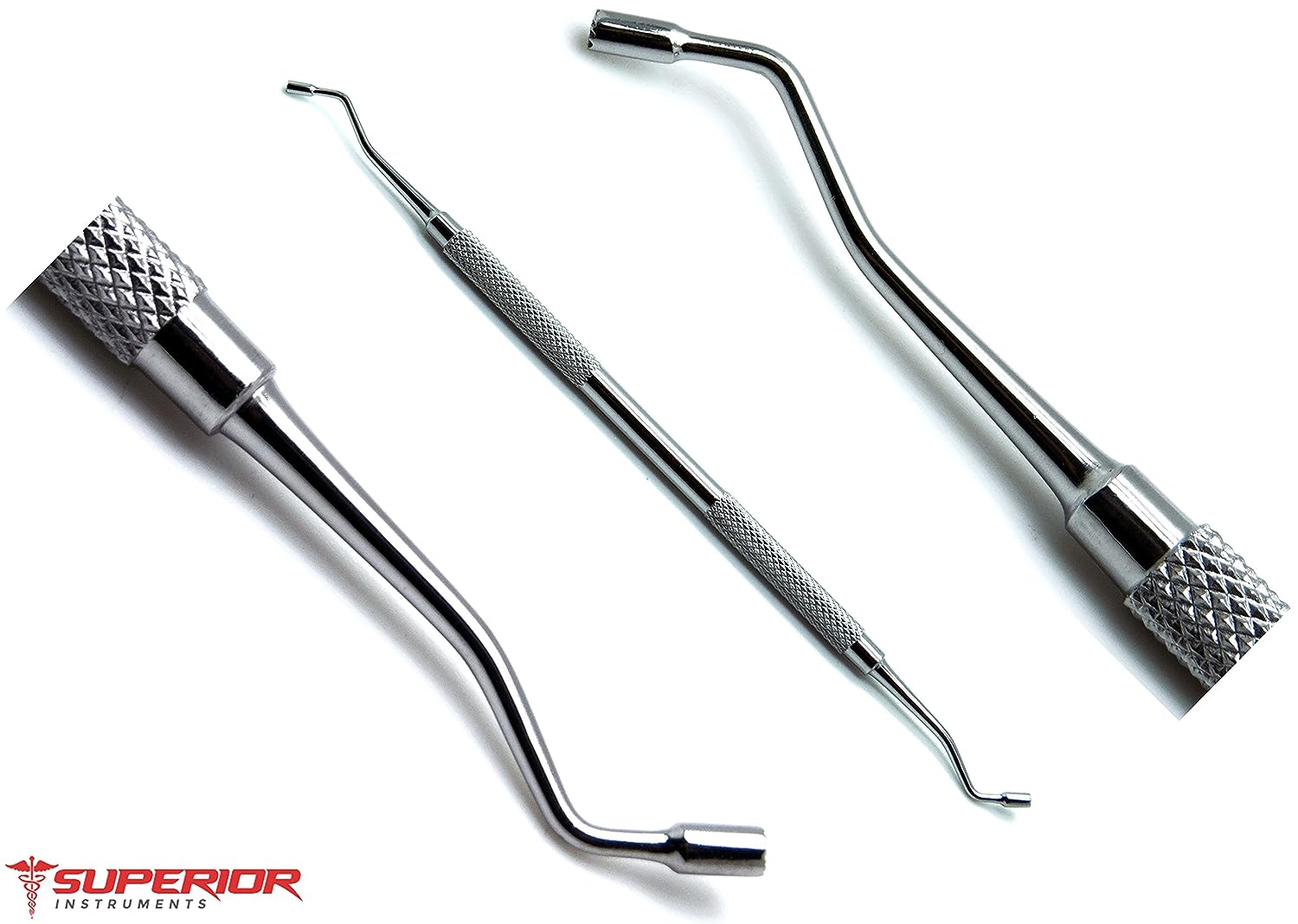 Marcus Ericsson finished last for the 4th time in his NTT IndyCar Series career in Sunday’s Acura Grand Prix of Long Beach when his #8 Huski Chocolate Honda crashed out of the race after completing 25 of the race’s 85 laps.

The finish was Ericsson’s first since Gateway in 2020, twenty races ago.

After a formula racing career that spanned from the United Kingdom to Japan, Ericsson joined Formula 1 with the Caterham team in 2014, where he failed to score any points all season. After that team shut down, he spent three years with Sauber (now Alfa Romeo), and this time scored 18 points over three years. The end of 2018 saw Ericsson move to IndyCar, where he ran with Schmidt Peterson Motorsports. He scored a runner-up finish at Detroit but missed the Grand Prix of Portland while serving as a reserve driver for Alfa, finishing 17th in the standings. The Swedish driver then moved to Chip Ganassi Racing in 2020, stringing together five straight top-tens in the early portion of the season. He returned to the squad in 2021 and won two races in a breakout year. Heading into Long Beach, he'd only finished outside the top ten in three races.

Ericsson entered the weekend as the only current Ganassi driver not confirmed for 2022 - eventual championship winner Alex Palou and the all-star car of Jimmie Johnson with Tony Kanaan have already inked deals for next year. The entry list held much the same from last week at Laguna Seca; the lone addition was Southern California native Charlie Kimball, driving the same #11 car he drove for the month of May at A.J. Foyt Racing.

Dalton Kellett, Kimball’s teammate at Foyt, trailed the first practice in 28th with Johnson in 27th. The pair swapped positions in practice 2 at the bottom. Ericsson was already having a weekend to forget, placing 17th in first practice and 22nd in final practice. Both Kellett and Johnson picked up their pace in qualifying enough to best Oliver Askew, who looked like a revelation in the third Rahal Letterman Lanigan Racing car last week but struggled for speed in Long Beach, compounded by a penalty in qualifying for impeding another driver.

It was not long before the field found trouble. On the first lap, Ed Jones dove to the inside of James Hinchcliffe in a hairpin turn, nudging Pato O’Ward and sending the Mexican driver in to a spin. The field stacked up behind them, and it was Sebastien Bourdais that came across the line last at the conclusion of the first lap. Askew was still 26th, ahead of only Bourdais and O’Ward, and Ericsson was 14th, up three places from his starting spot of 17th. Ryan Hunter-Reay was also among cars with damage in the first-lap melee, and an extended pit stop dropped him to last at the end of Lap 2.

Hunter-Reay, in his last full-time race with Andretti Autosport, stayed in last until Lap 18, when O’Ward stalled at the end of the pit lane with a broken driveshaft. It was a heartbreaking end to a championship bid for the Arrow McLaren SP driver, however unlikely the championship would have been, as he entered the race 35 points back of Palou.

On Lap 26, Ericsson was racing Alexander Rossi for 19th position in a quick left-right set of turns. Rossi gained the inside position for the left-hander, and Ericsson’s car slid wide and wound up in the tire barriers, ending his day.

Callum Ilott, driving for Juncos Hollinger Racing, succumbed to brake issues after 47 circuits, and it looked like that would be the Bottom Three for the day. However, O’Ward’s crew repaired his broken car and sent him back out on track to gain points. He wound up completing 43 total laps, although it was not enough to keep from falling back to third in the point standings.

Ericsson, who had been running a comfortable 12th before the first pit cycle, wound up in last, securing his first last-place finish of 2021. Ed Jones secured the 2021 LASTCAR NTT IndyCar Series drivers championship by virtue of having one more Bottom Three finish than Conor Daly. A.J. Foyt Racing and Andretti Autosport tied for the owners championship with three last-place finishes apiece, and Chevrolet claimed the manufacturers championship via a 9-7 margin over Honda.

by Ben Schneider
LASTCAR.info Guest Contributor
Paul Pedroncelli finished last for the 3rd time in his ARCA Menards Series West career in Thursday's Star Nursery 150 at the Las Vegas Motor Speedway Bullring when his #31 Pedroncelli Mobile Bottling Chevrolet suffered brake issues after three laps.
The finish came in Pedroncelli’s sixth career start and was also his third last-place finish in the last four races.
While Pedroncelli’s first laps as a driver came earlier this season at Sonoma, his family has been involved with the West Series for over a decade. His son, Paul Pedroncelli Jr. (better known as “P.J.”), is a series veteran whose debut came in the then-Camping World West Series at Irwindale in 2008. P.J. continued to compete part-time with his father as his crew chief until 2011, when they moved to local divisions as the West Series became too expensive for their family team.
The Pedroncellis started their own mobile wine bottling company in 2014, a business that provided P.J. the opportunity to return to the West Series at their home track of Sonoma two years ago. P.J. had also intended to run the Sonoma race in the series in 2020 before its cancellation due to the COVID-19 pandemic. This season, P.J. elected to make the jump to full-time West Series competition, while Paul has also joined his son on the track in every race so far save for the season-opener at Phoenix. P.J. has enjoyed a good amount of success with a pole at Irwindale and three top-three finishes through seven races.
Currently, the Pedroncellis have three cars on hand: a road course car, a short track car, and a backup car driven by Paul Sr. While the father-son duo hardly has a budget comparable to top teams in the series such as Bill McAnally Racing or Sunrise Ford Racing, they are a team that embodies what ARCA is all about: giving part-time racers an opportunity to not only live their dreams, but also to enjoy success.
BMR’s Amber Balcaen followed up the running order in twenty-second as she fell out after 20 laps due to crash damage. Amber Slagle, who suffered contact with the wall in the first corner on the opening lap, lasted 53 laps before her radiator gave out. Bridget Burgess completed two further laps before being taken out in a crash, while series veteran John Wood rounded out the Bottom Five, retiring with radiator issues of his own after 69 laps in Kart Idaho's #08.
Balcaen, Slagle, and Burgess made up three of five female drivers in the race, believed to be a record for the most women ever to compete in a single West Series event. The other two - Mariah Boudrieau and Jolynn Wilkinson - followed up the running order in 18th and 17th respectively. Boudrieau retired with crash damage after 112 laps while Wilkinson was the only woman of the five to be running at the finish, completing 127 of 150 laps after her crew spent time repairing crash damage of her own.
THE BOTTOM FIVE
23) #31-Paul Pedroncelli / 3 laps / brakes
22) #19-Amber Balcaen / 20 laps / crash
21) #17-Amber Slagle / 53 laps / radiator
20) #88-Bridget Burgess / 55 laps / crash
19) #08-John Wood / 69 laps / radiator
2021 LASTCAR ARCA MENARDS SERIES WEST MANUFACTURERS CHAMPIONSHIP
1st) Chevrolet (6)
2nd) Toyota (1)
3rd) Ford (0)
2021 LASTCAR ARCA MENARDS SERIES WEST OWNERS CHAMPIONSHIP
1st) Pedroncelli Racing (3)
2nd) Young’s Motorsports, Rodd Racing, Kart Idaho Racing, Performance P-1 Motorsports (1)
2021 LASTCAR ARCA MENARDS SERIES WEST DRIVERS CHAMPIONSHIP
Posted by Brock Beard at 11:09 PM No comments:


Check out my videos on NASCAR history, post-race livestreams, and more.

Support Us On Patreon!

40 drivers start a NASCAR Cup Series race. 36 fill the grid in the XFINITY Series. 32 take the green in Trucks. Yet, even when the field is short, only a handful of these stories are ever told.
The mission of LASTCAR.info is to fill in these missing pieces one week at a time, especially regarding the least-covered racers in motorsports - the last-place finishers.
Since 2009, LASTCAR.info has covered the untold "race" for the most last-place finishes in NASCAR history - and, in doing so, continues to chronicle the trials and triumphs of those who race for something more meaningful than victory: survival.
New NASCAR articles and statistical updates are added following each Monster Energy NASCAR Cup, XFINITY, and Truck Series race weekend, plus driver features, historical retrospectives, editorials, and more.
E-Mail: brockbeard@gmail.com
Twitter: @LASTCARonBROCK


Hats, shirts, bumper stickers, eBooks, and more. Let everyone know which end of the field you watch!

Pick up your copy of "J.D.: The Life and Death of a Forgotten NASCAR Legend"


Click this picture for details on how to order the first stand-alone biography of the late J.D. McDuffie.

For LASTCAR purposes, including rankings and statistics, a “last-place finisher” (LPF) shall be defined as any single NASCAR driver who, after earning a starting spot in the field for a NASCAR-sanctioned points-paying race against other NASCAR Cup, XFINITY, or Truck Series drivers, was at race’s conclusion classified as the last-ranked qualified driver in the field for said race. This classification must be recognized on official NASCAR results, or failing this, by a preponderance of unofficial sources. Only one driver can be classified as the LPF for any single NASCAR-sanctioned race.
So long as the above is met, the LPF can be any one driver classified as such for any reason, including but not limited to (1) a “did not start,” that is, an entrant who qualifies for a starting spot in the race, but for any reason is subsequently unable to start the event, including a post-qualifying driver switch if it is still recognized as the LPF in the results (2) an entrant who encounters an event once the race has started which prevents the driver from finishing ahead of any other qualified entrants, including both DNFs and a driver who finishes under power but laps down, (3) a decision to “start and park” the driver’s entry, (4) a disqualification handed down by NASCAR and/or track officials that subsequently classifies the driver in the final position behind the unofficial LPF.
LASTCAR shall not consider the LPF as anything else, including but not limited to (1) the lowest-ranked driver who finishes the race under power, (2) the fastest driver who does not qualify for the event in question, (3) a driver who was originally the LPF, but sometime after the race was usurped for the spot by a disqualified entrant NASCAR and/or track officials classified as the official LPF, (4) a driver who may be categorized as finishing last for exhibition events (these entrants shall be ranked only in the rankings for that event, and not commingled with LPFs).
In the rare event where official results or a preponderance of unofficial results are later updated with more accurate information about who was the LPF for that event, LASTCAR rankings and statistics shall be updated to reflect that change.

As Seen On NASCAR.com!

More of My Stuff

Brock Beard
I am an author, journalist, and NASCAR historian who has followed professional stock car racing - and its underdogs - since 1991.